As with any other programme on your computer, you may have encountered problems using MS PowerPoint. This is common and can occur to anyone, so you don't need to worry about it. A message box stating "PowerPoint won't open", corrupt files, or various other error messages that prevent you from accessing your file are examples of such situations.
So, if you want to fix such a "PowerPoint won't open" issue, this article will provide you with all the knowledge you need to get back to using PowerPoint.

Part1. Why can't You Open a PowerPoint File?

Part1. Why can't you Open a PowerPoint File?

The most common reason is file corruption. When a file is corrupted, it may be missing critical pieces required to see the document. Drawing objects, hyperlinks, graphs, and even text are examples of such information. When you try to access a PowerPoint file, it will be unreadable, resulting in an error notice.
Other factors are included here.

There are numerous solutions to the problem of PowerPoint not opening. Here are a few simple steps to help you overcome the problem and get your PowerPoint operating again.

That's not the same as unlocking a file that is not corrupt and can be opened in PowerPoint. Because you may not be able to use PowerPoint because of the error, you should attempt to unblock the file causing the problem.
So, how would this resolve the problem, given that there are numerous other reasons why PowerPoint files cannot be opened?
If you have accessed a file from the Internet or another network, or if you have got an email and kept it on your computer, Windows may have disabled the file. As a result, the PowerPoint file cannot be opened.
To unblock the file, take these steps:

This method will allow you to edit a corrupted file, even if some formats are missing. It will open the file in functioning mode, after which you can edit it as needed.
This is how you do it.

In PowerPoint, turn off Protected View.

This will aid in determining when the problem began. It's also helpful in determining which files have been corrupted, the period before or after the corruption, and whether or not the file has an auto-saved copy or backup.
Follow the instructions below to do so.

Upgrade to the most recent version of PowerPoint

Microsoft continues to update and add features to Microsoft Office as the owner and developer.
You can update the programme for bug fixes, security, and stability. The Office Update tool in Microsoft PowerPoint displays the status of available updates.

While your ppt presentation may abruptly stop working, you should remain relaxed and try each of the steps or recovery strategies listed above. If your powerpoint cannot be opened due to lost/forgotten password, please read this guide for details. This article will show you in detail how to unlock powerpoint without password. 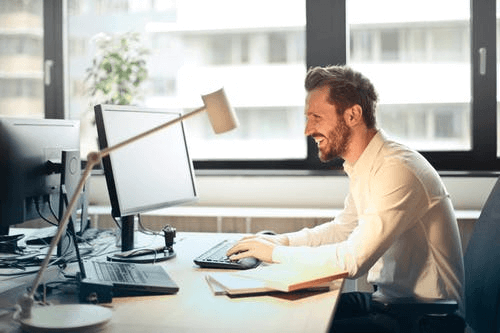 By Adams Johnson to PowerPoint

Passper editor since 2015, has over 20 years’ professional technology support experience. He has contributed nearly 100 articles to the site on topics that ranger from password unlocking for MS office/Windows, Windows tips to network security.